“This is one of a number of planned investments from the Defence Capability Plan 2019 that will strengthen our national resilience,” Ron Mark said.

“High frequency radio provides communications coverage in places that satellites cannot reach and where ordinary radio communications will not work. It is also a back-up system if satellite communications fail, are disrupted or are unavailable.

“Our service women and men rely on communications to undertake the tasks required of them, whether it be humanitarian, constabulary or military operations. In undertaking these tasks, they operate in some of the most remote regions on the planet, from deep in the Southern Ocean to the vastness of the Pacific.

“This is an investment in our communities. Defence’s HF radio system will support emergency services, enabling them to maintain communications during crises.

“The current HF radio infrastructure was installed in the 1980s and has reached the end of its life,” Ron Mark said.

The investment has a capital cost of $26.6 million, which is being funded from existing Defence budgets. A support contract for $2 million per annum was also signed by the NZDF. The new HF system is expected to be fully operational by August 2023.

“This contract leverages our long-standing, 18 year track record in the UK, where Babcock has been providing a Defence High Frequency Communications Service to the UK Ministry of Defence,” Ruff says. “Babcock will now provide its specialist technology and know-how to New Zealand as a key Five Eyes partner.”

“The contract reinforces Babcock’s long-standing commitment in New Zealand, building upon its role as the nation’s strategic maritime partner, sustaining the Royal New Zealand Navy, as well as its strategic partnership managing the ground assets of the national flag-carrier, Air New Zealand.”

“Our domestic fire appliances at Waiouru respond to traffic incidents on the Desert Road, our rural fire appliances support Fire and Emergency New Zealand, and our aircraft bulk refuelling and domestic medical response vehicles ensure that we can continue to operate at home in the air and on the ground,” said the minister.

“Investment in these capabilities is critical to our national resilience and has been deferred for too long. The Coalition Government’s Defence Capability Plan set outs a programme for addressing this neglect and we are implementing it. This project has released a request for tender and is currently seeking proposals.”

A further planned investment has gone to market seeking proposals to upgrade the external communications systems of HMNZS Canterbury and the Offshore Patrol Vessels, HMNZS’ Otago and Wellington.

“These ships conduct patrols and protect fisheries in areas of strategic importance to New Zealand, including in the South Pacific. They also protect our borders. HMNZS Canterbury is the mainstay of our response to humanitarian and disaster relief operations at home and in the South Pacific.

“Ensuring that these ships have modern and effective communications systems is critical if they are to continue to deliver for New Zealanders and our neighbours,” Ron Mark said.

Investments in both of these capabilities are expected to be implemented before the end of 2022.

National security, international stability and the importance of a resilient Defence Force

October 15, 2019 admin Defence, Features Comments Off on National security, international stability and the importance of a resilient Defence Force

Towards 2025: An interview with the Chief of Defence Force

February 20, 2019 admin Defence, Interviews Comments Off on Towards 2025: An interview with the Chief of Defence Force

The recently published 2018 Strategic Defence Policy Statement painted a picture of a more challenging strategic environment, one which will require more of the NZDF. Dr Peter Greener, Senior Fellow at the Centre for Strategic […] 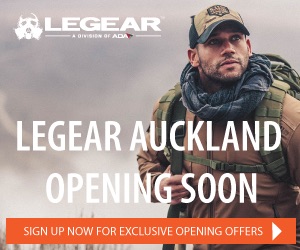